Jiang Wen (姜文) is a well-known name in China but appears to be fairly unknown to the rest of the world. As an actor he has worked with some of the biggest names in Chinese cinema, including Zhang Yimou, Gong Li and Zhang Ziyi. Out of the films I have seen, I especially enjoyed Keep Cool and The Missing Gun. An accomplished actor as he is, I like him even better as a director. In thirteen years, he has only directed three films, the latest of which has not yet premiered. Despite this, it would not be flattery to call him a master director. His style is his own, he fits in neither with the famous fifth generation directors, nor with the young, hip directors of the so called sixth generation.

Chinese films set during the cultural revolution are generally what might be called “trauma dramas”, heart-breaking films made by directors with dark memories from that era, sometimes to atone for their own complicity. Jiang Wen’s 1994 directorial debut film In the Heat of the Sun (阳光灿烂的日子) stands in stark contrast – it looks back at that time with nostalgia. A semi-autobiographical coming of age story, the film follows Ma Xiaojun (a young Jiang Wen) during his teenage years in Beijing. His father is in the army, which gives Xiaojun great personal freedom. Together with his friends he skips class, watches movies, hits on girls, smokes cigarettes and gets into occasional fights. The main focus of the film is Xiaojun’s infatuation with Mi Lan, who is a few years older than himself. His insecure, trembling voice and slight desperation as is spot on and landed Xia Yu a prize for best actor at the Venice International Film Festival.

In Jiang Wen’s own words, he worships Mao Zedong. The references to the politics of the time are plentiful and this film is quite unique in depicting the cultural revolution as an adventurous and cheerful time. This does not imply that In the Heat of the Sun is a propaganda film made to please the Chinese censors, if you have seen one of those films you will notice the difference. More than anything this is a nostalgic film, longing for the careless summer days of the past.

In 2000 Jiang Wen directed and acted in his second film, Devils on the Doorstep (鬼子来了). It is shot in black & white and set during the Japanese occupation of Northern China in the 1940’s. One night, a man who only calls himself “me” knocks on of Ma Dasan (played by Jiang Wen) and leaves a Japanese captive and his Chinese translator tied up and gagged. At gunpoint, he tells Dasan that they must be kept hidden from the Japanese and he will be back to collect them after the new year. Fearing both the Japanese “devils” and the unknown “me”, Dasan seeks the help of the other villagers. There is no lack of comic relief in the film, especially in a scene where they interrogate the prisoners. The solider curses the Chinese and demands to be killed, while his translator instead shouts “He begs you not to kill him!” and so on. “Me” never comes back, and as time passes the Japanese prisoner begins to feel grateful to the townspeople, who treat him well. 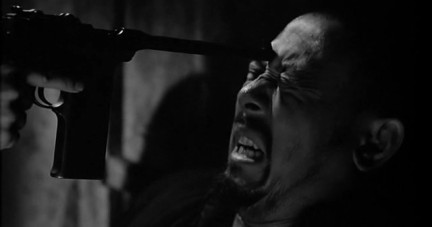 Devils on the Doorstep is quite different from most Chinese war-time films. The Japanese aren’t one-dimensional devils and the Chinese aren’t brave heroes. Sadly, because of a debacle with the film censors, it has never been show publicly in China. Jiang Wen competed with it at the 2000 Canne’s Film Festival and won the Grand Prix (2nd prize), but without the film first being approved by the Chinese Film Bureau. This is unacceptable to them regardless of the films content. Furthermore, they allegedly weren’t too happy about the frequent use of “turtle fucker” (王八操的), apparently unable to appreciate such fine humor. I, on the other hand, have approved the film for viewing in all regions! 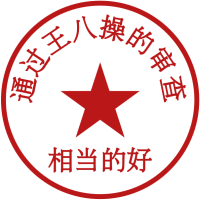 In a few months Jiang Wen’s new film, The Sun Also Rises (太阳再次升起), will premiere. It spans over about fifty years of history and tells a story in four parts: mad, love, gun and dream. The main storyline appears to be that of Old Tang and his wife who get relocated to the countryside for re-education during the cultural revolution. Tang finds out that his wife is having an affair with a younger man when he overhears her telling him that “my husband says my belly is like velvet”… (Source: 醉生梦死) 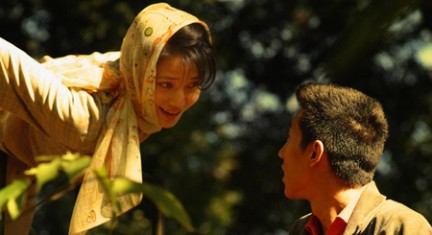 Some gossip. Jiang Wen has something of a playboy reputation and actually had a son with Zhou Yun, one of the actresses, late last year. The kid has come to a good start in the film industry, as Jiang Wen added a scene with him after principal photography was finished. What “role” the baby has is unknown to me.

The film was submitted and approved by the Film Bureau well ahead of time, so as to not repeat the previous failure. It was supposed to premiere at Cannes, but surprisingly it was not selected for the competition lineup. Jiang Wen is currently doing all he can to complete the film and hopes to have it included at the last minute. Failure to enter the Cannes Film Festival will likely also delay the public premier, as it would first premiere at some later film festival, such as Venice. (Source: sina)