The 9th of December was Nga’s 25th birthday, so to celebrate we went on a trip to Hong Kong. We stayed at the very fancy Mira Hotel, which was a very pleasant experience. It is a tradition in my family to serve cake in bed on birthdays. Ideally it should be a hand made cake, but this time we had to make do with what the hotel could provide. 宝贝请原谅我，下次我一定亲手给你做蛋糕！ 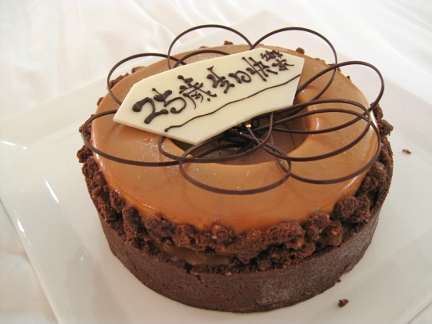 Of course there were also 25 red roses. Actually Nga likes pink roses better, but I thought I’d be a bit traditional.  对不起美女，下次我会买粉色的哦！ The writing on the cake is also in traditional Chinese, because it looks better… 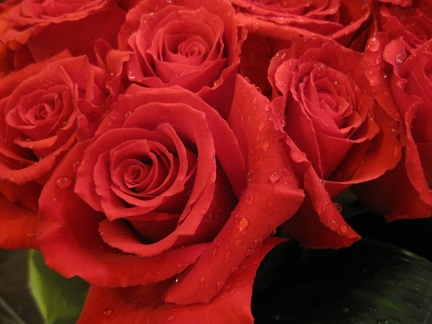 I had originally planned to propose while dangling from a hot air balloon with fireworks exploding all across Hong Kong island, or something similarly extreme. However, this was a bit difficult to arrange and wouldn’t really have surprised Nga anyway because I am a bit crazy (ask about her 22nd birthday). Instead, I opted to propose in the hotel room in the morning, guessing that at least she wouldn’t expect that. Having helped Nga eat some cake I hid in the bathroom for a very long time to put on my very special proposal outfit that I had prepared in Sweden.

这么帅！ I’d marry me! While Nga was getting ready I prepared the ring, which I had ordered online from the US and picked up at a local FedEx office the day before. So then we sat together in this green chair and I gave a rather long and mostly improvised speech which ended with 我爱你。生日快乐。嫁给我吧！ (I love you. Happy birthday. Marry me!) and a ring. I’ve already given away the ending in the title, but it looked a bit like this: 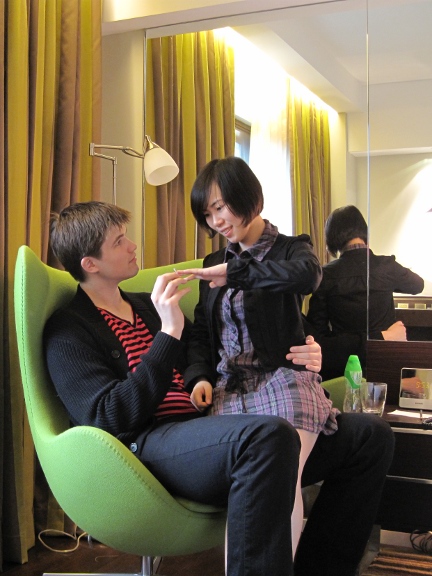 Clearly this is a reinactment as I’m wearing the wrong clothes. Also, Nga should have some tears of joy in her eyes and I should look a lot more nervous. Quite to my surprise, Nga said she had a condition. Asking me to close my eyes she pulled out a ring of her own from the very drawer you see in the picture. Apparently, she was planning to propose herself should I have failed to do so. Apart from being a very pleasant surprise (I said yes) it was also very convenient, because I hadn’t bought a ring for myself (which is otherwise common in Sweden). I don’t have very good pictures of the rings, but I do have a very good picture of us.