I’ve done some research on Chinese copyright law with the purpose of learning the copyright term of movies produced in China. Having searched for a long time without results I finally sent an email to the Creative Commons China mailing list asking my question. They referred me to an English translation of the Copyright Law of the People’s Republic of China. Here’s what I found: (Article 21)

The term of protection for the right of publication or protection for the right of publication or the rights referred to in Article 10, paragraphs (5) to (17), of this Law in respect of a cinematographic work, a work created by virtue of an analogous method of film production or a photographic work shall be fifty years, and expires on 31 December of the fiftieth year after the first publication of such work, provided that any such work that has not been published within fifty years after the completion of its creation shall no longer be protected under this Law.

This means that movies made before 1957 can now be freely distributed. I’ve already uploaded the 1941 animated film Princess Iron Fan to archive.org and hope to be able to make more old movies available in the future.

I am currently working on English subtitles for Princess Iron Fan. All help is appreciated! 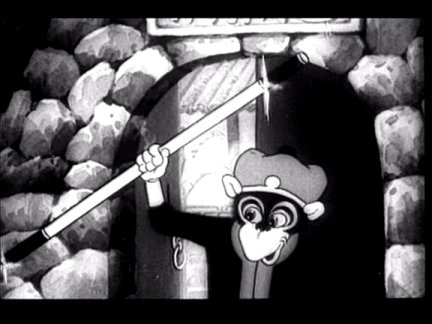 I just learned that The Pirate Bay and Piratbyrån were raided today. I don’t know much about what’s happened, but I really do hope that things have been handled very poorly. I hope that the allegations made by SVT that this was triggered by pressure from America are true and that it will cause public outrage. If Thomas Bodström is somehow involved (unlikely perhaps), that would be absolutely superb too.

Why do I hope for the worst? Because I want this to become a topic of fierce political debate so that it will be very clear who is a friend and who is an enemy in the upcoming Swedish election. It’s been clear for a long time that none of the big parties are friends, but perhaps this will force some of them to make sensible decisions and become more friendly (look at what’s happening in France, it’s not impossible). I don’t know if the recently formed Pirate Party are sane, but hopefully they’ll be given a chance to present their views in the debate that will now follow.

The last time there was some debate about copyrights (when Sweden changed the copyright legislation to conform with EUCD last summer) I discussed and thought about these issues quite a bit. I arrived at the conclusion that copyright probably shouldn’t be abolished all together, but that some of the following might be good ideas.

Why does it matter? I have a vision that my children will be able to access a wikipedia-like database of all culture that has been produced in human history, with high technical quality and instant access. It’s much too hard to find works of culture these days, at least works that are a few years old. If you have access to a warez top-site you might be able to get anything you want, but it’s only for a small elite.

Why are we locking away old culture that no longer makes money for anyone? The works that do make money long after they were created are the ones that were very popular to begin with and don’t need a long copyright term. Some people want to make piles of money from The Beatles even though half of The Bealtes are already dead! I want everyone to be able to hear The Beatles at will. Copyright is not given by nature, it’s a political tool and we should use it as we see fit to get the results we want. This is the information age, and with the proper legal framework in place we could reach the point where quality culture is a commons, not something for economic and technical elites.